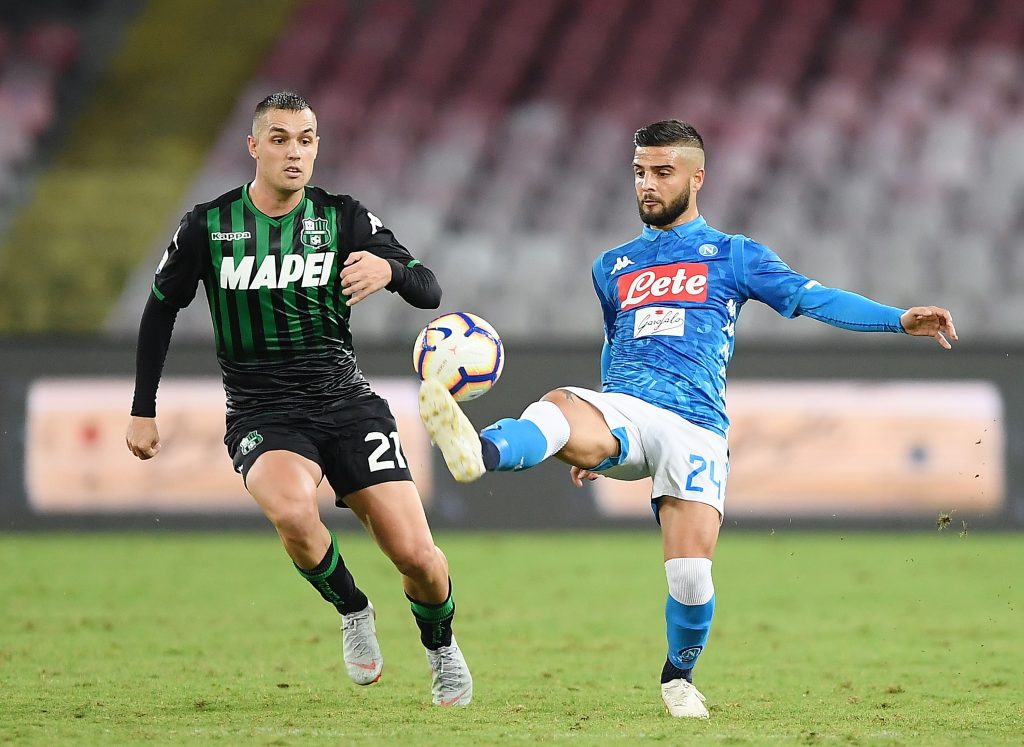 So here is our verified soccer prediction for today and it is for the match between the teams of Napoli and Sassuolo.

In the last 7 home games of Napoli in the league there were goals / goals and over 2.5 goals.

Napoli lost to Parma 1-2 and showed the old weaknesses on Wednesday. Gattuso’s team suffered a 1-2 defeat by a team that was not in good shape, but in this match the Neapolitans were simply not concentrated enough and prepared for the match. For Napoli, it doesn’t really matter where he will end up, because he has already won the Copa Italia, which means that he will certainly play in the Europa League.

Sassuolo was defeated mainly because of Zlatan Ibrahimovic in the match against Milan, because the Swede scored 2 goals in that match and played great overall. This should not distract from Sassuolo’s style of play, which is aggressive, and especially how much energy and passion they put into their matches. Sassuolo is currently one of the most dangerous teams in counter-attack and this will be a big problem for their opponent in today’s match.

Napoli will face a difficult match.

Napoli – Sassuolo, Serie A prediction Expert opinion: We think that the guests are capable of surprise here, even if they earn some points it will not be a big sensational thing. It is obvious that both teams do not play for anything, which makes them much more open and with much less concentration in defense, as we saw in the last matches, which is especially true for Napoli. We believe that today the match will have more attacks and positions, so we choose Over 2.5 goals at 1.53.