So here is our verified soccer prediction for today and it is for the match between the teams of Inter and Bayer Leverkusen.

In 51 games for the whole season in all tournaments, Inter have scored at least one goal in 47 of them.

Leverkusen have scored at least one goal in 27 of their last 28 matches in all competitions.

Inter had no problems against Getafe in the 16th round.

Inter beat Getafe and became another team that does not allow a goal from the Spaniards. There were 5 consecutive matches in which Inter did not concede a goal and won in 4 of them. As we wrote in the last analysis, Conte’s team is currently quite united despite all the internal problems at the club. The Nerazzurri have a clear idea of ​​how to play and what to do on the field in any situation. The individual class and the name make them favorites in many matches. Inter is currently one of the main candidates to win the trophy.

Leverkusen has been categorical in its 4 Europa League matches so far. 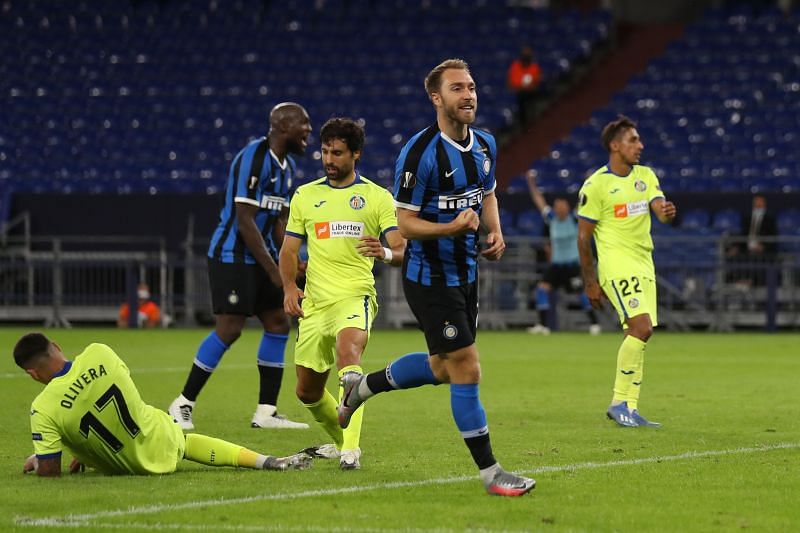 Leverkusen have recorded 4 wins in their 4 Europa League matches so far. First Porto was defeated twice in the 16 finals, and then Rangers. In the last match, which was played on Thursday, Bayer beat the Scots 1-0 after 3-1 in the first match in Glasgow. With only one elimination match, teams like Bayer Leverkusen dream of the trophy, because now their chance is much greater.

Expect a very strong game from the Germans.

Inter – Bayer Leverkusen, Europa League Prediction Expert opinion: We can not expect at least a goal from Inter in any match in the Europa League at the moment. The reason we choose Both team to score at 1.66 odd is that Inter have huge problems against fast teams that play with intensity. We give as an example the matches with Parma and Sassuolo during the season. Bayer have incredibly fast and mostly agile players in attack, who can surprise the Nerazzurri’s defense.